EXCLUSIVE: Lucy Shuker on her inspiring journey since Paralympics in Rio

The wheelchair tennis star, from Somerset, has gone from strength to strength after getting her doubles bronze medal at the Rio 2016 Paralympics with further success in USA, Canada and Bath.

Reflecting back on Rio, Shuker told the Sports Gazette: “I’m very much honoured to have represented my country and win that medal because only three pairs in the world have a medal from the Paralympics.

“So it still has a very very special place, but I’m still eager to get that illusive gold medal, maybe Tokyo is my time.” 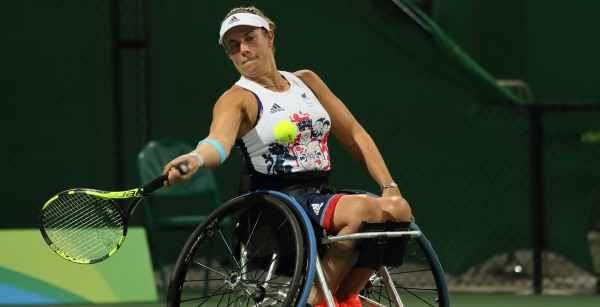 (Lucy Shuker at the Paralympics Games in Rio)

As Shuker decided to mainly focus on doubles in the lead up to the Paralympics, it meant her singles ranking slipped.

But this only made Shuker hungrier to win back her eighth world ranking spot and a gateway to a place in the year-end world championship – NEC Wheelchair Tennis Masters.

So instead of joining in the victory parade with Team GB, Shuker wanted to continue playing tennis, with one focus in mind.

“I chose to carry on, I wanted to get into the singles masters. Maybe it was the fact that the Paralympics had happened, I’d won the medal and I just look forward to the rest of the year and I love tennis.

“For me going out there was an easy choice to make and I played some of the best tennis I’d played this year," Shuker said. 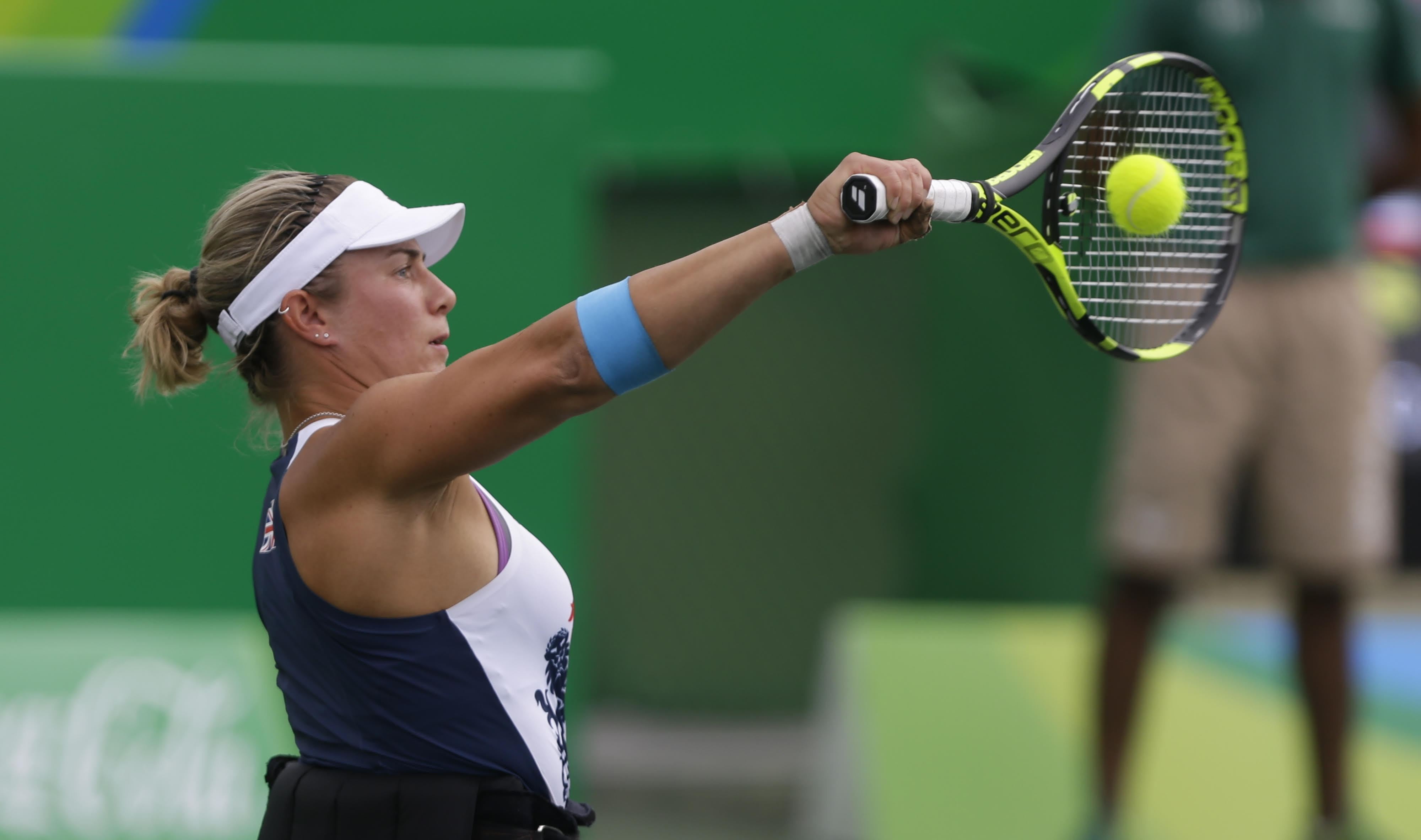 (Lucy Shuker playing in the Paralympic Games in Rio)

Within a fortnight of winning bronze in Rio, it was time for the British number two to headto North America to play in PTR Championships on Hilton Head Island.

Shuker knew she had to defeat the two players seeded above her – Germany’s Katharina Kruger and South Africa’s Kgothatso Montjane.

Despite losing to Kruger in Germany before the Paralympics, Shuker still felt confident and was also prepared for left hander Montjane.

After some excellent tennis, she went on to secure her fifth PTR Championships title.

Once again, Shuker beat Montjane in the semi-finals of the US Open USTA Championships in St. Louis where she went on to claim her first career Super Series title with a 6-3, 6-1 victory over American Emmy Kaiser.

Timed to perfection, Shuker had gained her eighth world ranking spot and most importantly, a place in the year-end world singles masters.

Shuker told the Sports Gazette how she handled the pressure: “I just love tennis and I’m confident in my fitness and the training I’d done. I just really stuck to what I do best and I executed it and played some great tennis.”

Her next adventure was the Tennis Canada International tournament in Montreal where she went on to beat third seed Dana Mathewson 6-7(2), 6-2, 7-5.

Shuker’s sequence of victories had landed her a career best with three titles in three weeks.

But she wasn’t finished there though, as her next stop was the UNIQLO Wheelchair Doubles Masters in Mission Viejo, California.

Looking unstoppable, she went on to take her her fourth consecutive title alongside brand new partner Diede de Groot.

Shuker admitted that despite this being their first tournament playing together, their styles of play complimented each other really well.

“Yeah we worked really well together, our personalities clicked on court, there were smiles all round throughout the entire tournament even when it got tight in the final. Yeah I loved it and loved every minute being there and playing with Diede,” Shuker said.

A week later, the dream team were partnered up again, but this time in Bath where they managed to win another doubles title together.

Reflecting on her year, Shuker told the Sports Gazette: “It has probably been my best year yet, it’s probably been a tough year as well, there have been highs and lows. I think that everything being based on doubles going into the Paralympics, its still not getting that gold medal is disappointing.

“And in terms of singles, losing that seeding position just before the games, that hurt, and I just have to accept it.

“But you know what, I’m not finished yet, again I use this year, I gain the experience and the memories that I’ve had and looking forward to the next maybe 4-year cycle for Tokyo.”

And with the NEC Wheelchair Tennis Masters only weeks away, Shuker is looking forward to competing against the world's top ranked singles players. “I would love to do really well there. Everyone wants to win the singles masters and be the world champion.

“But for me, I’m going there having had match play, I’m in good form physically and mentally so who knows I’m just excited to be there competing amongst the top girls. Let’s see how my tennis does,” Shuker said.

Lucy Shuker is a name to remember, winning six consecutive titles since Rio and two bronze medals, she certainly is a true champion. The exciting part is, she could win even more silverware come 30th November in the NEC Wheelchair Tennis Masters. Definitely one to watch.