Less than a year since cheating death in an horrific crash, young rider Keagan Girdlestone overcame all odds to race once again.

In February 2016, at the age of just 18, Girdlestone took an impressive fifth place in the South African national time trial championships - earning himself a contract with Team Dimension Data.

Sure to profit from the experience of superstar teammates such as Mark Cavendish and Edvald Boasson Hagen, Girdlestone’s future in professional cycling could hardly have looked brighter.

However, in June 2016, as he was racing to regain contact with the peloton, Girdlestone had a crash that should have killed him.

Riding at the Coppa della Pace, 19 year-old Girdlestone collided with the back of his team car - crashing through the rear window.

The crash was so severe that the event organisers took the decision to cancel the rest of the race, with initial reports dubious as to whether or not he was going to survive.

The teenager suffered severe lacerations to his neck and throat and was rushed to the hospital.

Both the carotid artery and jugular vein were severed and Girdlestone also suffered bruising to the brain as a result of the impact. 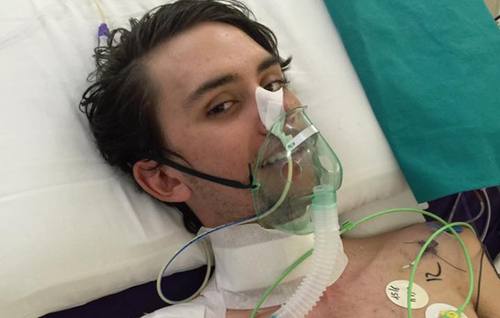 Girdlestone’s blood loss at the scene of the accident starved his brain of oxygen and meant that the long term implications of his crash were unknown.

The young South African was treated in intensive care for over three weeks and spent a total of three months in hospital.

I should be dead. It's a miracle I'm able to walk, talk and have brain functionality”

Touching tributes were paid to Girdlestone around the cycling world and the Give a Little Campaign raised almost $30,000 to aid him with his rehabilitation.

Eight weeks after his life threatening crash, Girdlestone took to social media to update his fans on his situation.

He wrote: “I should be dead. It’s a miracle I’m able to walk, talk (very softly as my vocal chord is damaged) and have brain functionality.”

Girdlestone has defied doctors' expectations at each stage of his recovery and last weekend, just eight months after his near-fatal crash, he raced his bike again for the first time.

Now currently riding without a team, Girdlestone raced the 130km Around Brunner event on the West Coast of New Zealand.

Girdlestone finished in 3hr 38.54min, significantly adrift of the race leaders, but was delighted with the result.

It's been done! Lasted 50km with the leaders then cruised in! 130km in 3h35 not bad! Can't believe 8 months ago I was in a coma! pic.twitter.com/pJqkQOQWu4

Taking to Facebook Live after the event, Girdlestone told his fans: “I finished around 15 minutes behind the winners but I was the only rider in my age category so I’ll claim that!

“My goal was do it sub four hours and I did that, I’m pretty stoked with that. I’m pretty broken to be honest.”

However, in typical fashion, the teenager wasn't just content to be back on his bike, racing for fun.

He described the race as being a huge morale boost - giving him the confidence to see a return to professional racing as a definite possibility.