When you think of Lancashire, you're probably more likely to associate it with the Red Rose or the green pastures of cricket wickets rather than the white mountainous slopes of alpine skiing.

However, Bretherton-born Dave Ryding is making waves in this season’s World Cup and has every chance of medalling in St. Moritz at the 44th FIS Alpine World Ski Championships.

The championship is already in full swing and Ryding will have his best chance for a podium in the Slalom event on Sunday.

At the age of 30, Ryding is enjoying a remarkable year, which includes the only five top ten finishes of his career - four of which have been in the slalom events.

Ryding made history earlier in the season when he earned a silver medal in the slalom in Kitzbuhel on 22 January - the best British alpine skiing performance since Konrad Bartelski in 1981.

With the result, Ryding became only the fourth British athlete ever to achieve an alpine skiing podium finish on an international stage.

Ryding was leading after the first run but was eventually pipped to the gold medal by Austrian superstar Marcel Hirscher.

After the race, Ryding was ecstatic, telling Eurosport: "It is an insane feeling. After the first run I knew I had skied it clean, but couldn't believe it when I crossed the finish line.

“Between the runs I tried to keep my heart rate down and tried to forget I would be the last man down on the second run.

“After the second run I just thought to myself 'I've done it!'. Hirscher skied so well, so coming second almost felt like a victory.”

Haha I have no words.. what an insane day! Thanks to the team.. sponsors and everyone with me over the years. That's for all the Brits!

Just before the start of this season, two new initiatives were put into place to generate additional funding for everyone involved in British snowsports - from grassroots projects to elite athletes.

These initiatives, The British Snowsports Fund and The British Ski and Snowboard National Foundation, were launched with the Winter Olympics in PyeongChang next year specifically in mind.

Ryding puts much of his success this year down to the changes, saying: “Having a funded programme makes a huge difference and I hope this result will be a big boost for British skiing.

“There is suddenly a confidence in British skiing that wasn't there before and we are definitely going in the right direction.” 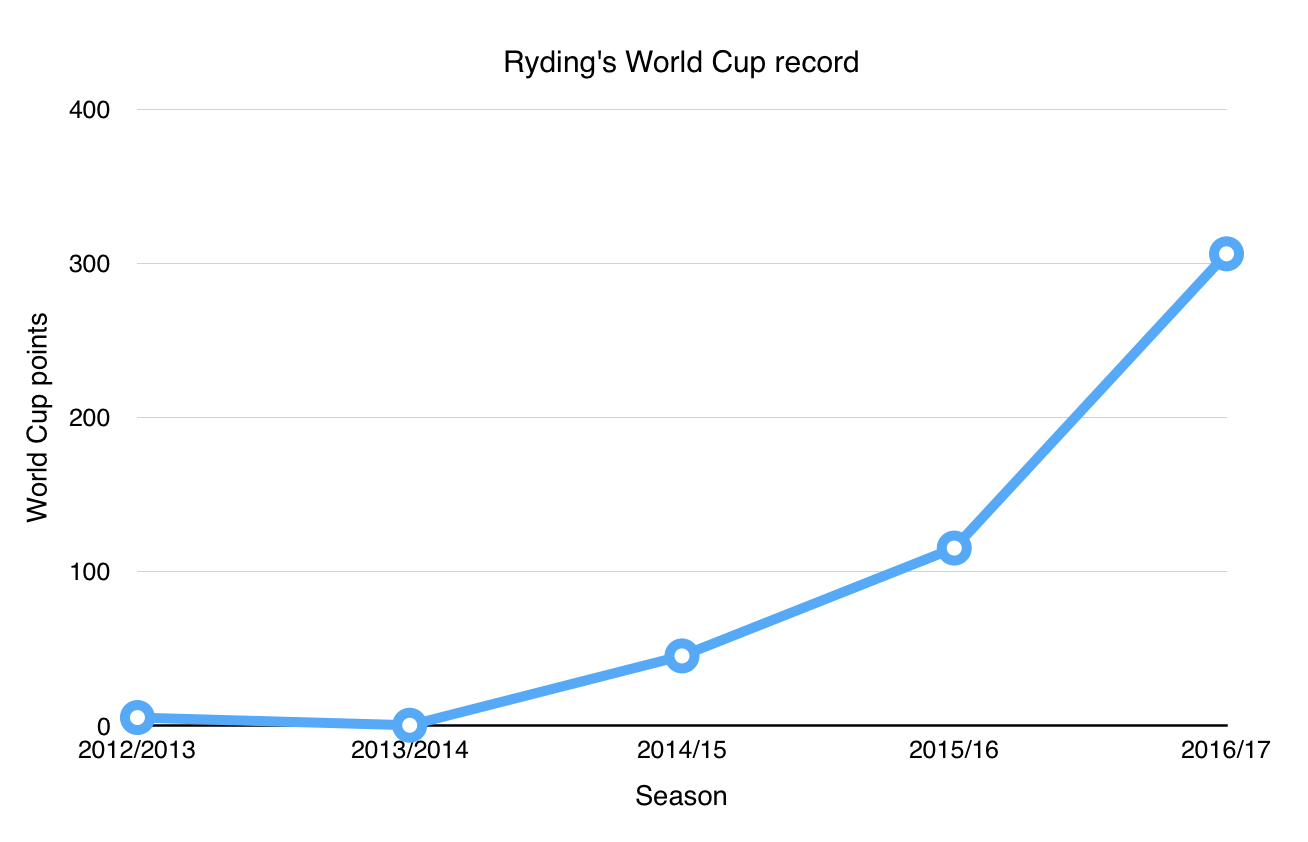 Hirscher and Norway’s Henrik Kristoffersen have dominated the slalom event so far this season and are expected to fight out a mouth-watering battle for the gold medal in St. Moritz.

However, there’s nothing to say that Ryding cannot get himself in the middle of this clash to produce a monumental result.

The Brit currently sits fifth in the overall slalom World Cup standings and will be high on confidence going into Sunday’s event.

If Ryding can make the podium it would be a truly extraordinary accomplishment and he would become the first British male to medal in an FIS Alpine World Ski Championship in its 86 year history.